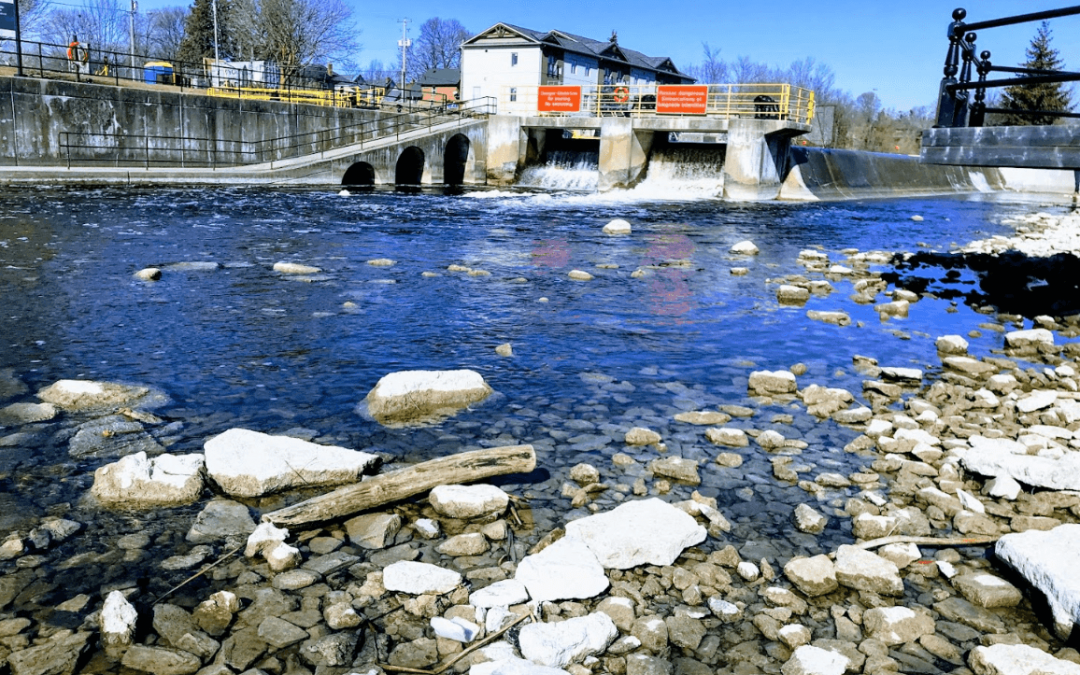 Today we met with TSW staff. Our meeting was to talk about how very important it is that, in managing the water levels on the system, more consideration needs to be given to the fishery. The lakes have been drained lower and lower every winter—to unnaturally low levels!

Bays are drained down to the lake floor. This is both ecologically devastating to the life in our lakes, and a source of frustration for people who live on the lake (frozen water lines). Every winter it gets worse. So we asked (again) that the TSW factor in the life under the water line when doing water calculations.

The TSW’s response?
We were not given an answer other than that the TSW will “dedicate some staff time to discussing” our proposal and will monitor water conditions closely in April. It has been 2.5 years since we first made these requests to the TSW. Certainly, the staff has changed over there twice in that time. But it is difficult to hear that only now will the TSW talk about managing water differently. And… just for this April. We are looking at a mandated policy change. We want more weight put on aquatic life in the TSW’s calculations, this year and all years to come.

We want the TSW to not let so much water go in winter. And we want the TSW to spread the water that is let go in spring out along the entire river by using the stop logs—use the logs in combination with the push-buttons.

The added bonus to using stop logs: more oxygen in the water
The added benefit of pulling logs from the top of the stop log gates is that water will spill from the top of the lake over the gates. This adds oxygen to the water, which is healthy for fish. There isn’t as much oxygen at the lake bottom. The hydraulic gates open from the bottom, sending low-oxygen water (that is colder) downstream from the floor of the lake.

Use the stop logs all year round!
This practice of sending out a bunch of water and then cutting the water off entirely needs to stop. We’ve had problems with stagnant water recently, like the cyanobacteria that the health department puts in the paper as a WARNING. A small amount of water moving (from the stop log dams) at all times of the year, we argue, would benefit the entire ecology of the system, moving warmer surface water downstream.

We had no proof. But now we do!
We were told that we “could not prove” that the dams and low water levels were harmful to fish by both the TSW and the OMNRF. Not the kind of response we expected from the stewards of our water system and fishery. With disappointment (that those who get paid to manage things approached care-taking this way), we were determined to find this evidence so that the harmful effects of the hydraulic dams would be recognized by those using them. If we found proof, maybe the hydraulic dams would be used less, and the stop log dams used more.

We weren’t sure there was any proof. As regular citizens, where would we find this proof?

With some good fortune, a local Kawartha Conservation officer found us dozens of studies that measured the harmful impact of hydraulic dams on waterway ecosystems. Larry Jones found Sean Berger, an anthropology grad student from Trent University studying historical ecology in the Kawartha lakes. Sean provided us with a study by Murchie et al from Ottawa (Carleton University). This study was a synthesis of 123 similar studies that outlined the harm to fisheries when you unnaturally modify water flows using hydraulic dams. We presented these studies to the Trent-Severn Waterway and the Ministry of Natural Resources and Forestry (MNRF PBoro).

Not surprisingly, we did not hear back from other the TSW or the MNRF about the proof that we found.

Now, we are making these studies public. The evidence is out there. The studies have been done. The proof exists, but no one has drawn attention to them! It is time to blow the lid off things! The hydraulic dams have been hurting the fishery of the Kawartha Lakes for over 50 years. The walleye are all but gone. The TSW and the MNRF have a duty of care to protect the biodiversity in our area by managing how water flows in the Trent-Severn Waterway system. This is a duty of care that is paid for by taxpayers. Demand that your hard-earned money not go toward a water management model that is harming walleye at every stage of the life cycle (federal Trent-Severn Waterway). Demand that your hard-earned money be used by the MNRF to enforce its own slot-size regulations and poaching, produce posters and billboards that educates the fishing public, and provide rulers with every licence bought.

To read why the Trent-Severn’s current water management model is harmful to our fishery, click this link:
Studies that prove hydraulic dams are destroying our fishery!

If you’d prefer a concise report that describes how the Trent-Severn Waterway’s water management is killing our fishery, Larry Jones has summed things up nicely in a 13-page report. No one describes why the hydraulic dams hurt the fishery better than Larry Jones, a retired resident in Bobcaygeon who spent many years conducting studies for the MNRF. You can read his report of why we need to stop relying solely on the hydraulic dams if we want to help our fish here:

Larry Jones’ report: “Where did all the walleye go?”

We look forward to hearing what changes the Trent-Severn Waterway is willing to make in order to Save the Walleye! Hopefully before this April’s spawning season.