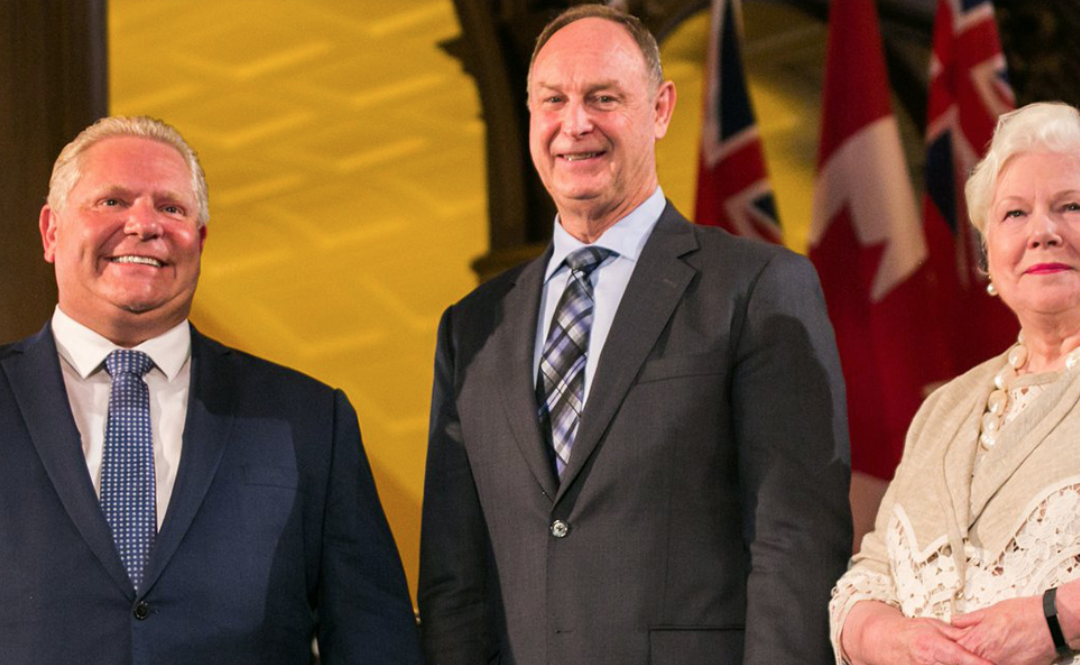 It’s been four years and four MNRF Ministers since Jamie pledged his support for the Save the Walleye Campaign. That’s four replays of the same song to four different Ministers in power. Things have been bad for so long that we are losing the culture of fishing in the Kawartha Lakes, but today, on a Sunday, Minister Yakabuski met with Jamie in Bobcaygeon beside the historic walleye spawning beds. Jamie brought the Minister up to speed on what the committee he supports is trying to accomplish:

What the Save the Walleye committee is trying to do:

The problems (TSW and MNRF):

The federal problem: Water is over-controlled by the TSW.

The TSW doesn’t bring the lake levels up enough in the spring during spawning.

The MNRF know this, but have said nothing. No pressure is applied. We need pressure applied on the TSW to stop systematically destroying the fishery at every stage of the life cycle.

The provincial problem: The PBoro MNRF have done a terrible job of managing the fishery (and their reputation is poor).

The MNRF doesn’t put pressure on the TSW to maintain the minimum water levels and flows needed to successfully support the fishery. How can the MNRF manage a fishery without water?

The MNRF also does not:

*The MNRF’s winter panfishing is a sad joke (if you know anything about fishing)
Anglers don’t fish for panfish in winter! Why not? Because Bluegill don’t digest food in winter (so they don’t eat). And it’s extremely difficult to catch Crappy in winter. So what do winter anglers pull from the lakes in winter? WALLEYE! Selling the idea to the public that a winter pan fishery will decrease panfish numbers is laughable. Winter fishing won’t change the exploding bluegill numbers. What winter fishing does create an unenforced season of walleye poaching. Poaching of walleye in wint

The solution (is simple):

The beds are too high and too smooth.

The beds need to be lower

The beds need the rubble that’s sitting on the smooth limestone shelf pushed off into deeper water so the eggs can settle where they won’t be washed away and where they will have a better chance of being covered.

*This will only happen if the MNRF tells the TSW it should happen and help make it happen with funds for physical spawning bed repair (a couple of bulldozers) and to cover the costs of the TSW’s required Environmental Assessment…either with money or with a supplied environmental engineer to do the study.

If the TSW allows the spawning bed repairs, this will have an immediate positive impact on the turnaround of the walleye population.

But if the TSW doesn’t change how it manages water, incorporating the needs of the fishery into its calculations, there won’t be a significant improvement over time. And the ecosystem will continue to suffer in more ways than just the walleye fishery.

Pressure needs to come from the MNRF to the MOE, the kind of pressure that doesn’t happen from one MP and a handful of concerned constituents.

WE NEED HELP FROM THE MNRF!

After an on-site meeting that covered a lot of (problematic) ground, Minister Yakabuski asked for data to move forward. We are hopeful that once this data is in hand—there’s a lot of it—good things will come from Doug Ford’s Minister of Natural Resources and Forestry and from his staff.

WALLEYE ONCE THRIVED. FISHING LODGES OVERFLOWED IN TOWNS LIKE BOBCAYGEON AND LINDSAY. NOW THE WALLEYE HAVE DISAPPEARED AND THE TOURISTS HAVE GONE.

FROM SHAD FLIES TO WALLEYE, OUR ECOSYSTEM HAS SUFFERED.

IT’S TIME TO TURN THINGS AROUND