April is a crucial month for the decimated walleye fishery 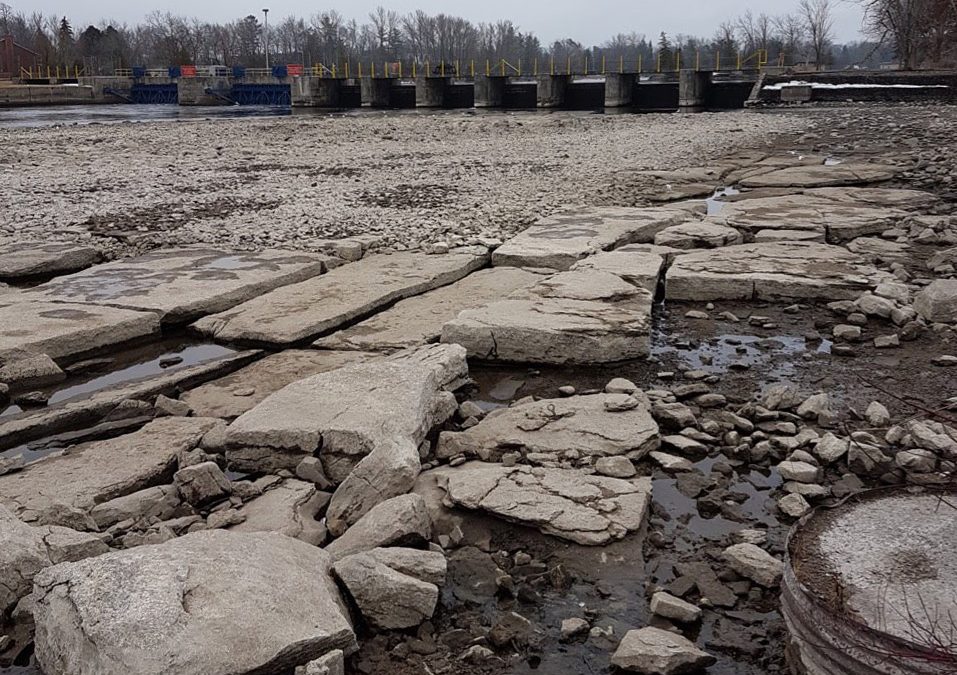 A small change to water flows could make a big difference to the struggling walleye population. Some anglers may remember when the Kawartha Lakes walleye fishery was healthy in the 1960s and 1970s. Back then, fishing tourism brought anglers from as far away as the United States. Rods were hopping, lodges overflowed, and towns like Lindsay and Bobcaygeon thrived on tourist dollars. But in the last 50-60 years, walleye have disappeared and so have fishing tourists. It’s sad what’s happened to walleye here in one lifetime. We’re losing fishing as a pastime, and it’s unfortunate that local businesses have paid the price for that loss.

Many things have contributed to the collapse of the fishery: exploding bluegill numbers, winter walleye poaching, lack of enforcement, and degraded spawning beds. But the biggest harm to the fishery has been the water itself. Or, more specifically, the lack of it. The health of the fishery (and the environment) is tied to lake levels and water flows.

The Trent-Severn Waterway (TSW) controls the water. The problem at the federal level is that water has been over-controlled where walleye are concerned for too long. But the blame doesn’t fall entirely on TSW shoulders, because the provincial Ministry of Natural Resources and Forestry (MNRF) manages the fishery. That division of powers is a major stumbling block, especially during the spring spawning season. 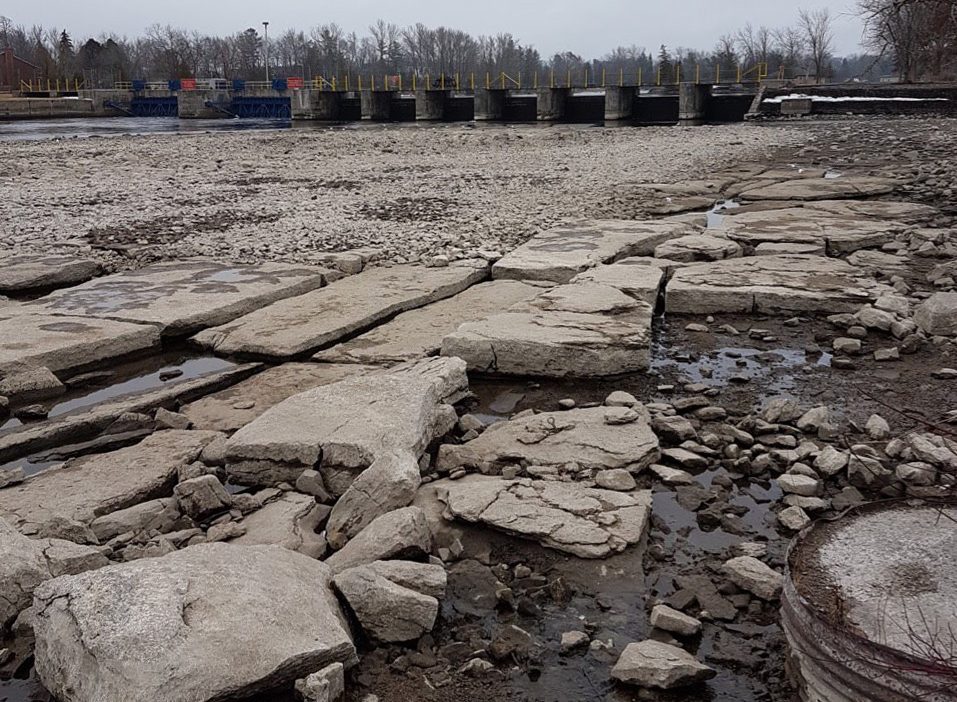 Bobcaygeon spawning bed out of the water. April 2018. Too high and too smooth. It needs repair!

Hydraulic dams have hurt our ecosystem for 50 years, contributing to tragic walleye decline.

The most important prime historic spawning beds in the Kawartha Lakes exist below the Lindsay and Bobcaygeon dams. For too many years, these spawning beds have been out of the water at some point during the April/May spawning season. And when water is provided, it’s not the right type of water.

Walleye need slow-moving, high-oxygen water to spawn—the kind provided when topwater tumbles over log dams. But that’s not the kind of water walleye get. The fish-friendly stop log dams remain lock-tight. The TSW prefers to release water by pushing buttons that control 2 out of 10 gates across the Bobcaygeon River. A narrow channel of water on the south side of the river is released at a velocity too fast for walleye to navigate. And this water comes from the bottom strata, which means it’s colder and has lower dissolved oxygen content.

There are several scenarios that contribute to walleye recruitment failure and spawning failure:

If walleye manage to fight the hydraulic current, some years they discover the spawning beds have insufficient water cover. They then try to lay eggs in other spots that aren’t ideal (too deep for eggs to hatch, for example). If the spawning area has water cover, too often the water drops before the eggs have hatched and the eggs freeze. Other years, the eggs hatch but water drops before the hatchlings have had a chance to swim up. And in springs where we have a lot of water, the TSW opens the hydraulic gates full-bore but does not open the stop log dams to counterbalance the hydraulic current. In this case, the hatchlings are pulled into the forceful release, where they die. 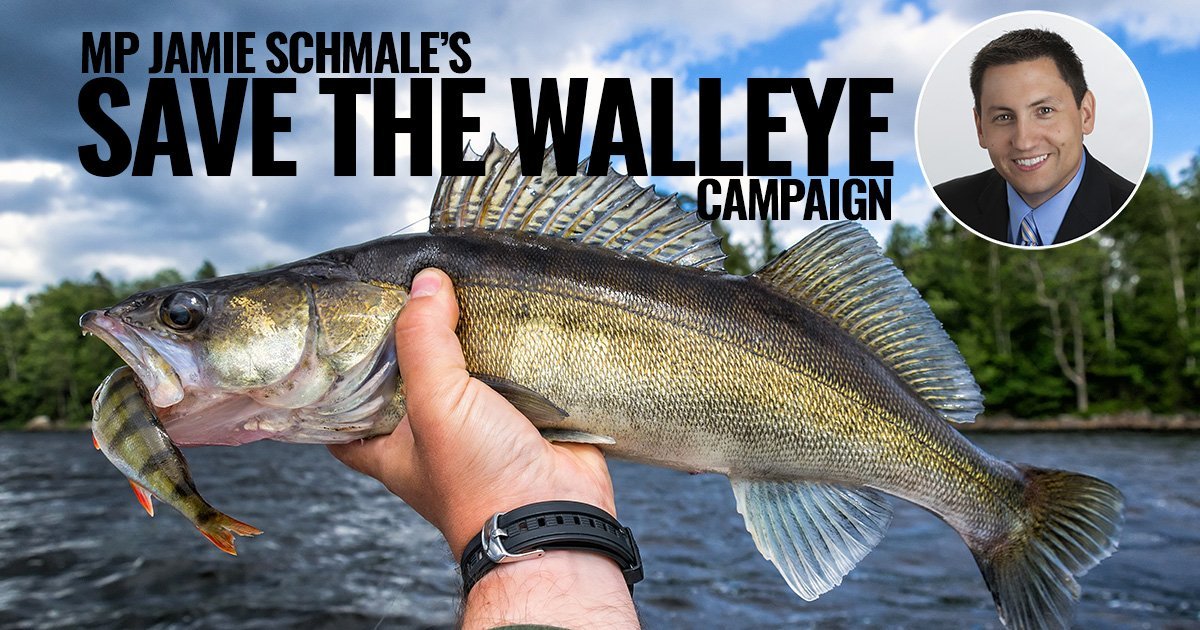 Those are the spring conditions that cause walleye spawning failure. Winter is its own tragedy with winter water levels drawn down so far that ice freezes to the bottom in ecologically important bays, suffocating adult walleye to death. The fish kill at the bottom end of Pigeon Lake in 2013 was a horrible example of this. These scenarios, which have been going on for decades, have created a serious conservation problem:

Walleye have been killed at every stage of their life cycle for half a century. Nature would not have treated the fishery this way. And Parks Canada, despite spending $3 billion dollars over 5 years to support infrastructure work, including national marine conservation areas across Canada, won’t spend a cent to conserve walleye in the Kawarthas. 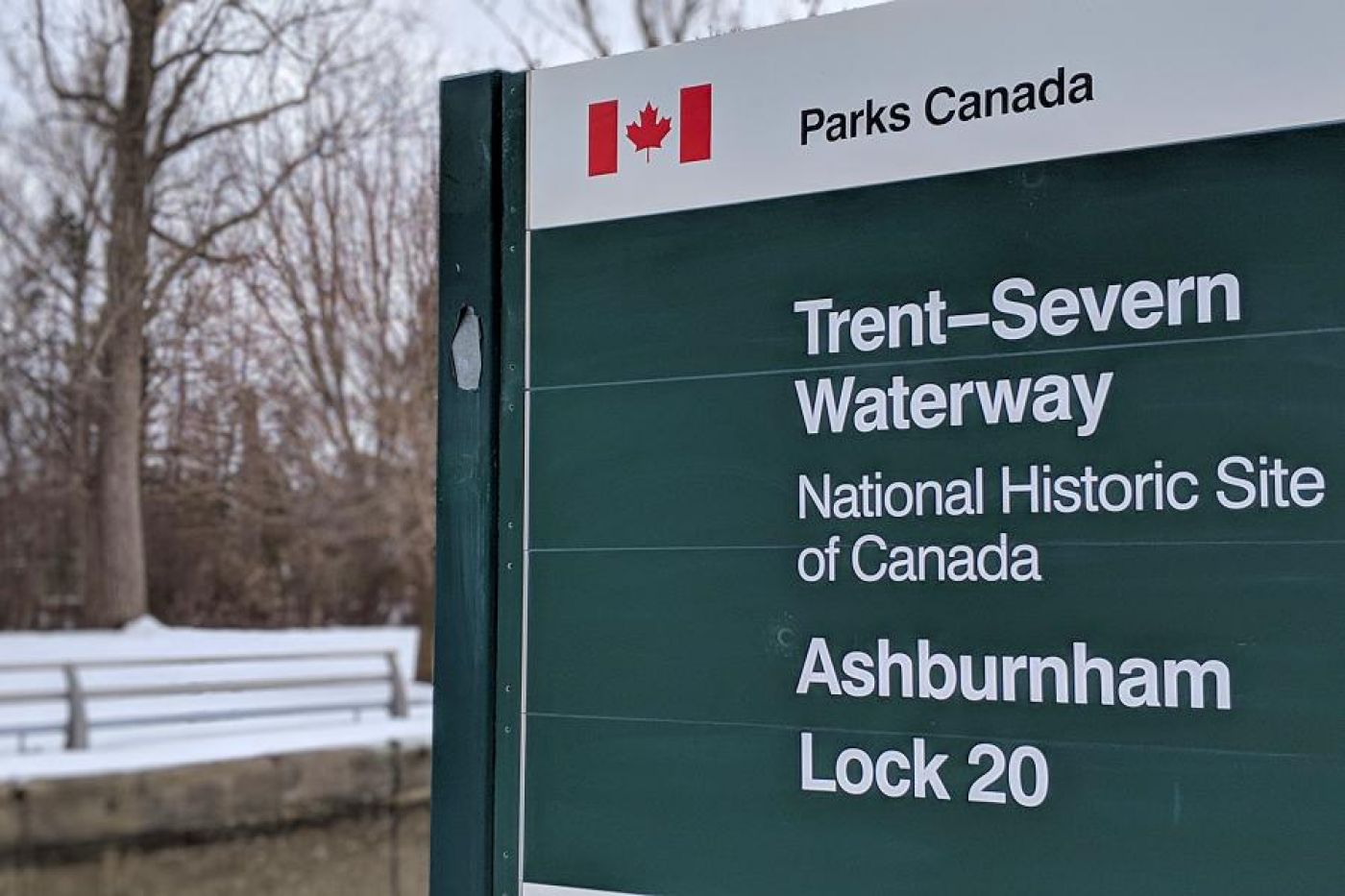 The TSW should adopt a forward-thinking approach that simulates how water naturally flows if we are to conserve the walleye fishery and protect the ecosystem.

And what about the Peterborough MNRF? What has been done to make things better? Instead of putting pressure on the TSW to provide fish-friendly water levels and flows, the MNRF turns its attention elsewhere—despite millions of dollars from fishing license revenues and a Fisheries Management Plan (FMP) created 11 years ago that went nowhere. That FMP was meant to stop the downward spiral. It was meant to conserve and protect what remained of the walleye fishery. That plan could have made a big difference if it had been executed. But it wasn’t. 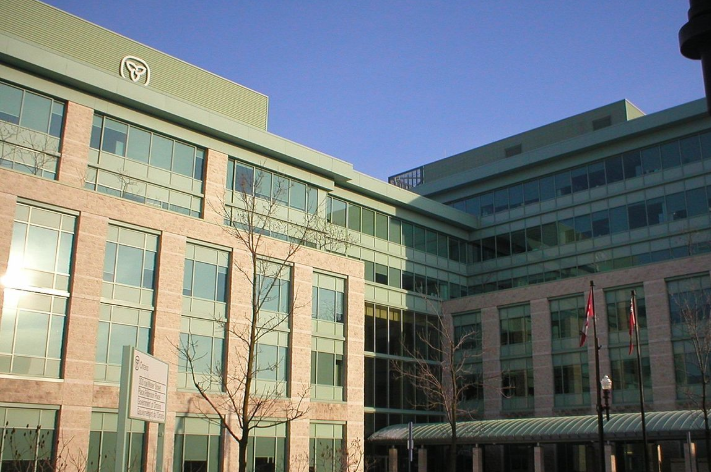 How do we change water management to take care of aquatic life?

The solution is simple. It takes little effort, and it costs nothing: The TSW must agree to factor stop logs into the water equation. Stop log dams supported a successful fishery and a healthy ecosystem for 130 years before hydraulic dams went in. Those harmful push-button gates were installed without a single study to predict what kind of harm they would do to the environment. Fifty years later, we’re seeing the fallout. 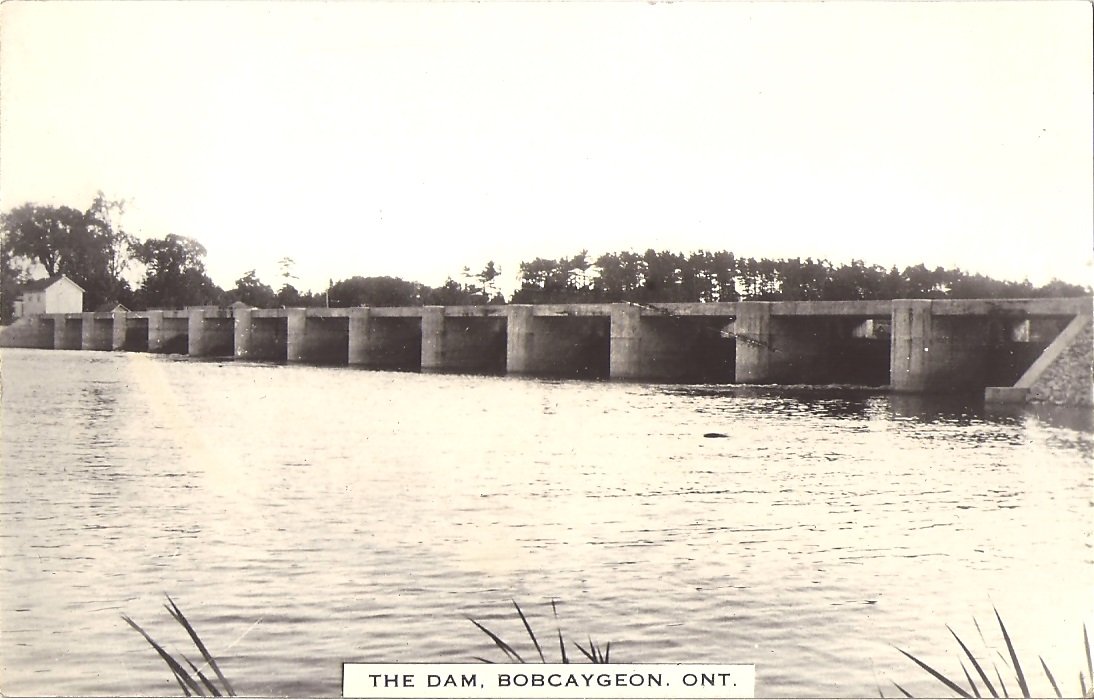 And still, no studies have been done to measure how bad things actually are. And things are actually quite bad:

Sturgeon Lake has the worst water quality (phosphorus, algae, e.coli) and the least amount of natural shoreline compared to every other lake in the Kawarthas—far below the recommended guidelines needed to maintain a resilient ecosystem and viable wildlife population. 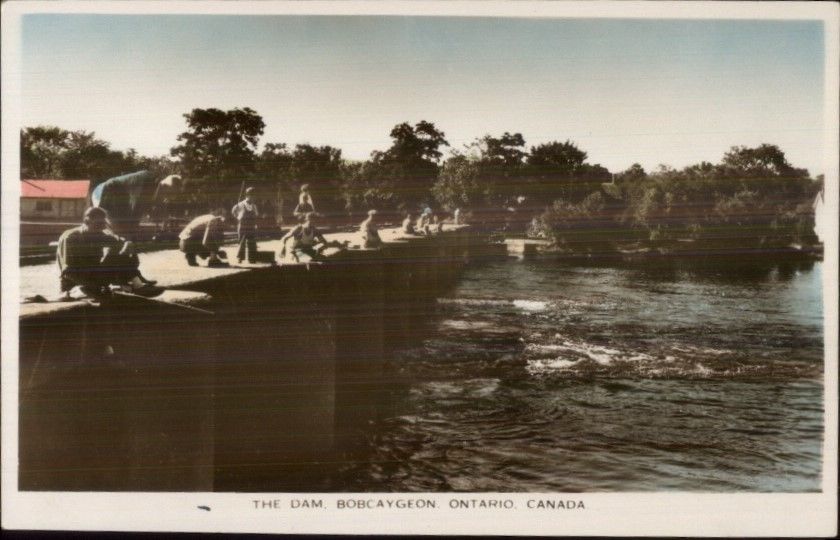 Walleye numbers have dropped so low that the balance has been thrown off and bluegill are now predators to walleye. White sucker and shiner minnows have declined as well. So have frogs, snails, and turtles. And so have caddisflies. Caddisflies are sensitive to water pollution and are used as bioindicators of ecosystem health. As they disappeared, so did swallows. Remember how swallows used to decorate the phone lines by the thousands? That doesn’t happen anymore. Swallows feed on caddisflies. 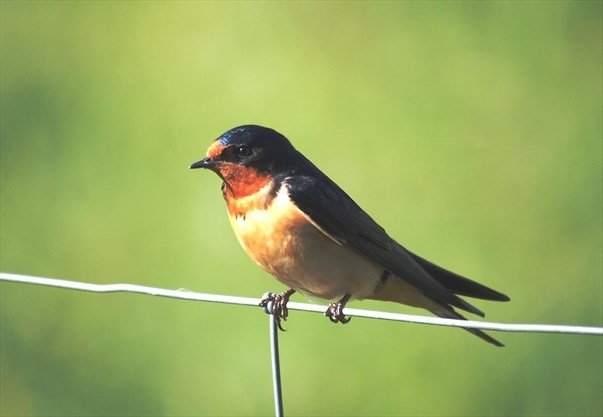 And then there’s the problem of the marshes filling in. Silt hasn’t been properly washed out of the marshes by the spring freshet for years. And now weeds, cattails, and cedars are filling in the shoreline. And where they’re not, the shore is being fortified with armor stone.

Where does that leave us?

In 2015, a few local anglers who cared about conservation formed the Save the Walleye committee. Their mission is to bring back walleye to healthy numbers in the Kawartha Lakes by effecting a mandated change to how water flows on the Trent-Severn Waterway (using stop logs more and hydraulic gates less). Five years later, the committee has support from the Minister of Natural Resources, the previous Minister of Environment, the COKL, conservation and angling groups, and both local members of provincial and federal parliament, MPP Laurie Scott and Jamie Schmale. Despite this, the TSW still hasn’t changed how water flows to better protect and conserve walleye. And the MNRF, paid to protect the walleye fishery with our taxes and license money, has failed the fishery at every angle:

There is a lot of bad going on. But there is some good news:

Recently, Kawartha Conservation offered to test whether a higher use of stop log dams would create a positive benefit to the environment. Kawartha Conservation would like to measure how moving topwater by incorporating a higher use of stop logs improves not only walleye reproduction, but also water quality, and the general overall health of the ecosystem. In order to study these potential benefits, stop logs would need to be used for large-volume calculations and hydraulic dams would be used only when needed and for fine-tune adjustments. The study would last five years, the length of time it takes for walleye to reach year-class strength. But these tests hinge on TSW approval—a small change to water flow that could make a big difference to walleye conservation. So far, no green light.

As it happens, three Ontario universities are currently asking for public perspectives on the Trent-Severn Waterway to identify opportunities to improve environmental conditions along the system. If you care about the walleye fishery, you can find the survey link at savethewalleye.ca. We are looking for public support. 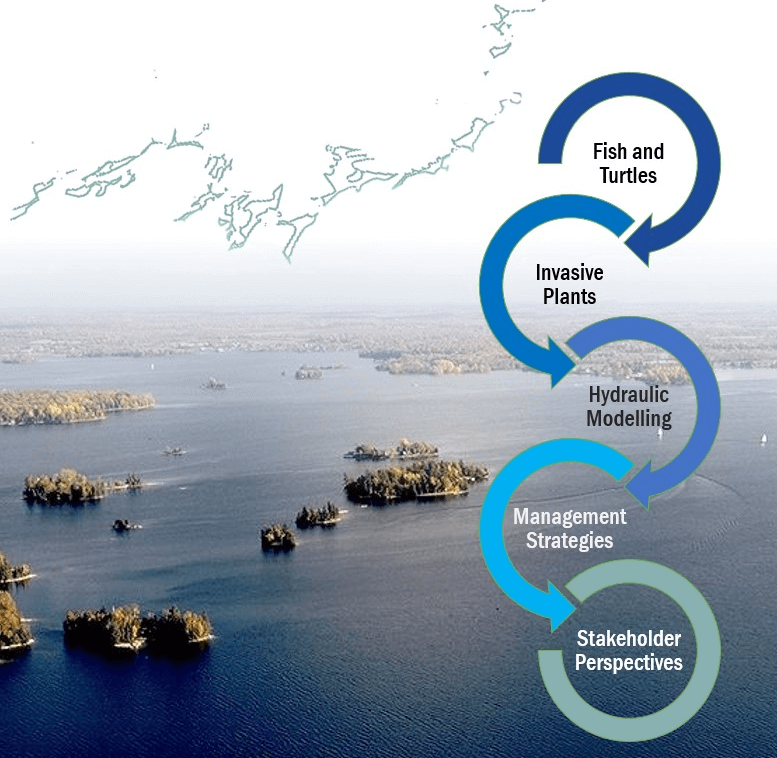 While at savethewalleye.ca, please read more about our pilot project, the work MP Jamie Schmale has put into this important cause, studies we have gathered to support a system-wide change to water management, and stories and photos shared by your neighbours who have seen the decades-long degradation off their docks.

The Kawartha Lakes walleye fishery has been collapsing for half a century. An entire generation has lost the thrill of “goin’ fishin,” and that is its own tragedy. It’s time we do something about it.

If you see water getting too low over the spawning beds below the Lindsay or Bobcaygeon dams from mid-April to mid-May, or if you see water drop too far in winter, call the TSW Telephone: 705-750-4900. And if you see fishing violations at any time of the year, including fish kills from excessive draw-down, call the Peterborough MNRF office MNRF TIPS: 1-877-847-7667 or use the form at https://www.ontario.ca/feedback/contact-us

The walleye thank you!